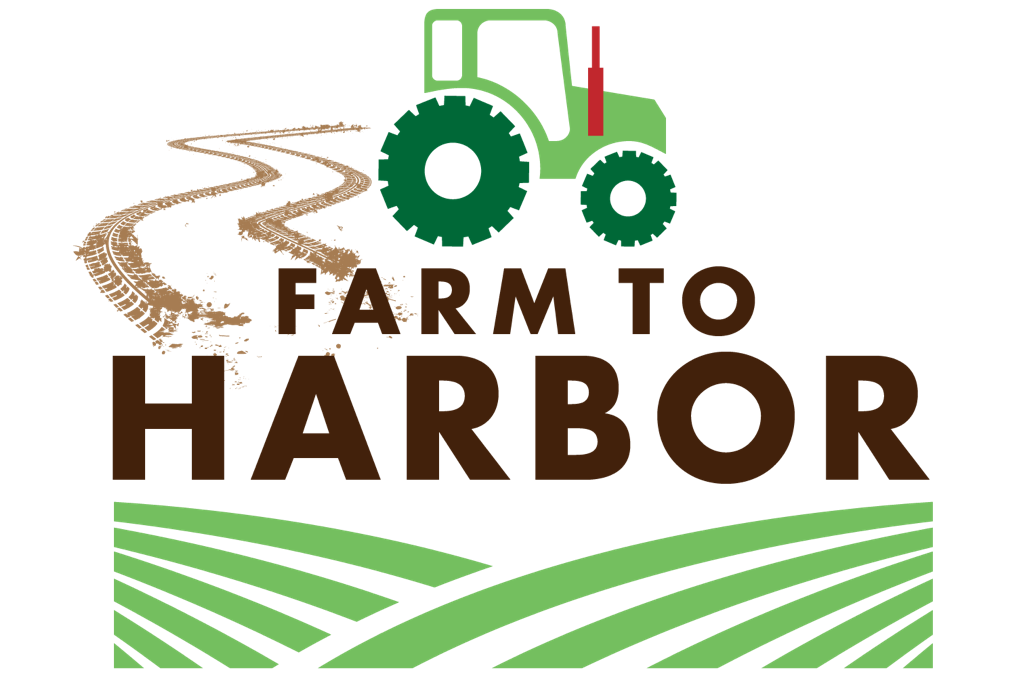 U.S. Agriculture is suffering from abnormally high levels of concentration with a handful of corporations controlling food production and consumption. This agricultural shift has forced thousands of independent family farmers off the land damaging rural economies, public health and our environment. Farm to Harbor is working towards restoring fairness and competition to family farms in the New England and New York Hudson Valley. The project’s success could transform the landscape of our food system for the benefit of all, not just a few in many other areas.

Two Hundred years ago family farms were located on rivers and harbors as the Nation’s waterways were the single source of transportation to bring their goods to market. In January of 1956, the Nation created the Eisenhower Interstate system and with the growth of our highways, corporate farming turned to trucking and moved inland where land and labor were less expensive. That Intestate highway system is now over congested, lacks sufficient drivers to meet market requirements and as a result the family farmer is relegated to selling his product at farm stands and farm markets within a ten to twenty mile radius. The family farmer’s largest problem is regional transportation and the ability to efficiently move his products to the larger population areas where he can sell his goods at a fair price.

Our project looks to reintroduce family farming to the maritime industry with the construction and operation of Hybrid refrigerated cargo catamarans delivering fresh food to the SNAP kitchens and urban food deserts in New York City, Brooklyn, Long Island and Connecticut by utilizing the waterways of Long Island Sound and the Hudson River. The cargo vessels operate without emissions, environmental impact or noise using lithium battery propulsion. They are capable of reducing current truck itineraries in these areas lasting 9 to 12 hours to periods of 45 minutes to 4 hours pending on the geographic location. The initiative looks to develop pilot programs in several locations near waterway located farming and dock space within the cities where eighteen-wheel trucking is no longer viable.

In order for family farmers to thrive we have to create more markets for them, giving more people the opportunity to access family farm food. Farm Aid fosters connections between farmers and eaters by growing and strengthening local and regional markets and working to get family farm food in urban neighborhoods, grocery stores, restaurants, schools and other public institutions.

The U.S. agricultural sector suffers from abnormally high levels of concentration, giving just a handful of corporations a virtual chokehold over food production and consumption. This has forced hundreds of thousands of independent family farmers off the land and damaged rural economies, public health and our environment. Efforts to restore fairness and competition in agriculture are long overdue and could transform the landscape of our food system for the benefit of all, not just a few.

About Farm Aid: Farm Aid’s mission is to build a vibrant, family farm-centered system of agriculture in America. Farm Aid artists and board members Willie Nelson, Neil Young, John Mellencamp and Dave Matthews host an annual festival to raise funds to support Farm Aid’s work with family farmers and to inspire people to choose family farm food. For more than 30 years, Farm Aid, with the support of the artists who contribute their performances each year, has raised more than $53 million to support programs that help farmers thrive, expand the reach of the Good Food Movement, take action to change the dominant system of industrial agriculture and promote food from family farms.