The Connecticut Port Authority (CPA) has been in operation for almost three years, established by the governor and legislature to better coordinate efforts to improve upon Connecticut’s maritime economy, including a major focus on the State’s three deep water ports: New London, New Haven and Bridgeport.

The CPA, though, has a big picture vision and its focus includes small harbor improvements, ferry and cruise opportunities and system maintenance, particularly dredging. It wasn’t always like this. Prior to CPA’s establishment, port management decisions and development were housed in the state Department of Transportation. Importantly, however, the CPA is still linked to DOT; in fact, the DOT Commissioner – Jim Redeker – is on the Board of Directors…

…One company ready to move into this new/old space is Harbor Harvest, based in Norwalk, CT. HH is a full-service food company: it has a restaurant, a catering service, a brick-and-mortar grocery, it grows and sells herbs and is ready to start up – likely in March – one very unique additional service: maritime transport among farms and farmers in CT and Long Island.

Harbor Harvest Underway
Bob Kunkel is one of HH’s principals and owners. His firm has contracted with Derecktor Shipyards to build a 65-foot all-aluminum catamaran vessel that will be used to pick up and deliver produce, meats and dairy products from local farms on both sides of Long Island Sound.

Kunkel explained that there are a number of logistical factors favoring his new venture. First, it’s difficult for small, local farms to reach customers farther than 15-20 miles away, despite market demand, which is increasing in his region, Kunkel said. These local shipments are almost always below full truckload scale. “There’s a big difference between local shipping and global shipping,” Kunkel pointed out. Additionally, he said that local officials don’t like 18-wheelers making deliveries in small city centers. The delays and unpredictability on major roadways are, for food, counter to notions of – fresh – at the heart of higher value.

Kunkel said many CT farms are near rivers and harbors. And, that’s important because his catamaran draws just 3 feet. As cargo, most farm goods are shipped on pallets and moved by forklift or a jack-lift. His boat will have RO/RO capability with refrigerated storage. Capacity is about 28 pallets. His plan: a grower meets him at the dock, say, in Norwalk, and Kunkel ships it east to Bridgeport, or south, across the Sound to Huntington, Long Island. The buyer either picks up the pallets at the dock or Kunkel can arrange for the “last mile” of ground transport. Quicker, predictable, fresher and competitive. Kunkel thinks customers will be drawn to the environmental pluses with his service – decreased ground-based transport impacts along with decreased CO2 emissions since his vessel will be a hybrid battery-diesel combination.

Kunkel was asked about the priorities he would emphasize considering CT’s new Strategy. He said an operation like his looks for support in two ways: development that rebuilds a working waterfront, one that meets commercial needs and harbor access, again for commercial operations, not just, say, for recreational boaters who might need a marina.

For Kunkel, Connecticut’s moves are timely. “Places are looking for this kind of service,” he said, adding that “growth is out there.” He is confident his market could eventually require 12 delivery boats providing service from New Jersey to Rhode Island. 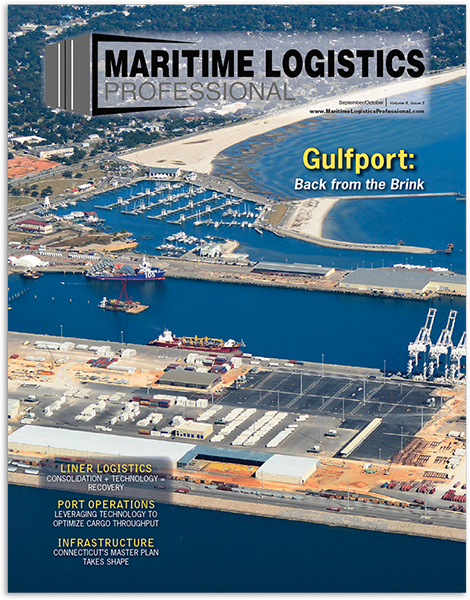